In this tutorial we will learn what is an ADB and how we can issue adb commands from command line or from a testing script. Following will be covered in this chapter:

ADB : ADB stands for Android Debug Bridge. It is a command-line tool that lets us communicate with an Android device or an Emulator. It is a client-server program that includes three components:

This tool can be found in Android ADB bundle which we can download from here. The location of adb tool is Android >> android-sdk >> platform-tools >> adb:

How to print the adb version number?

How to print a list of all attached devices/emulator instances to adb server?

This displays the information in the format:

Serial Number: A string created by adb to uniquely identify an emulator/device
State: The connection state of the instance. It can be offline, device, no device

Take a look at the above screenshot, adb device command is fired three times and the result is different at each time.

First Attempt: It displayed two devices attached, out of which one is real device and another one is Emulator running on the machine. To learn more about Emulators or setting up emulators for mobile testing please go through How to Create an Android Virtual Device using Android Emulator.

Second Attempt: Again it displayed two device but this time the Emulator is showing as Offline state, as I switched it off.

Third Attempt: In the last attempt it is not displaying anything, as I detached the attached device and shutdown the running Emulator on the machine.

How to install an apk file to an emulator/read android device?

This command will install the apk file to attached device / emulator

Note: Emulator should be up & running before firing adb install command. In the above screenshot emulator-5554 is displayed with device status, it means it is up & running.
Note: I got one Amazon APK file placed at C:\Apps\Amazon.

Once done, notice that the Amazon app will display in the Emulator screen. 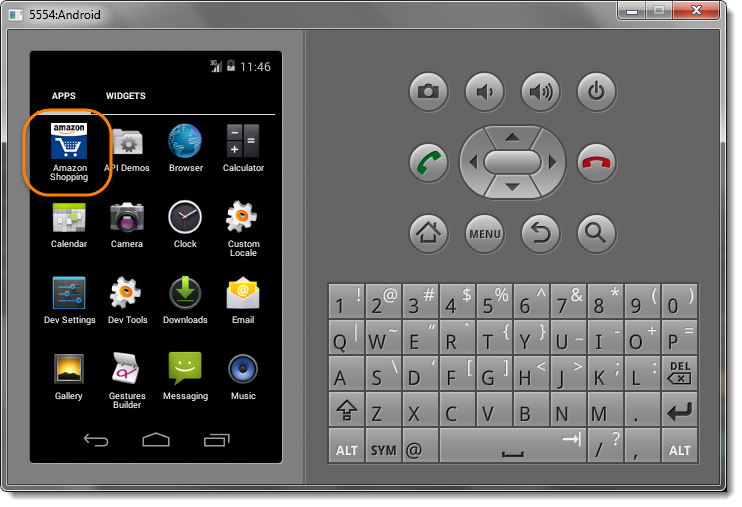 To learn more about Emulators or setting up emulators for mobile testing please go through How to Create an Android Virtual Device using Android Emulator.

How to capture logs of android device?

A log file will be created at the given location.

How to start and terminate adb server?

Command Syntax to Start Server: adb start-server
This command checks whether the adb server is running and starts it, if not running.

How to starts a remote shell in the target emulator/device instance?

ADB provides a Unix shell that can be used to run a variety of commands on an emulator or connected device. The command binaries are stored in the file system of the emulator or device. The following commands can be executed on shell: 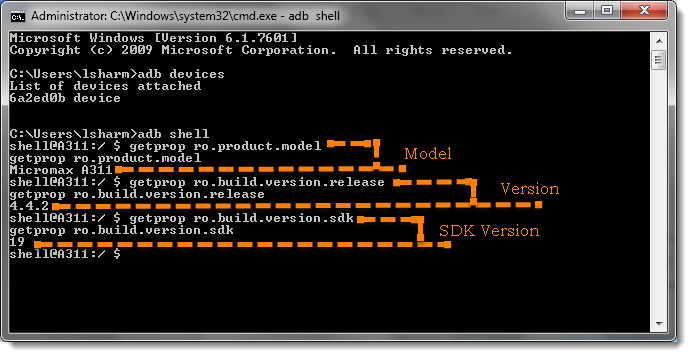 Command Syntax: pm list packages –f
Using pm (package manager tool) we can perform actions and queries on app packages installed on device. E.g. we are listing all packages with path of their associated file.

Note: Here pm is a tool and list package is a command and –f is an option to list path of file associated with package.

The above command can also be utilized to print the package of installed apps. E.g. Android browser’s app package can also be printed with this which is installed on the device.

Command Syntax: pm uninstall <app Package Name>
This can be used to uninstall an app using pm tool as per above mentioned command. 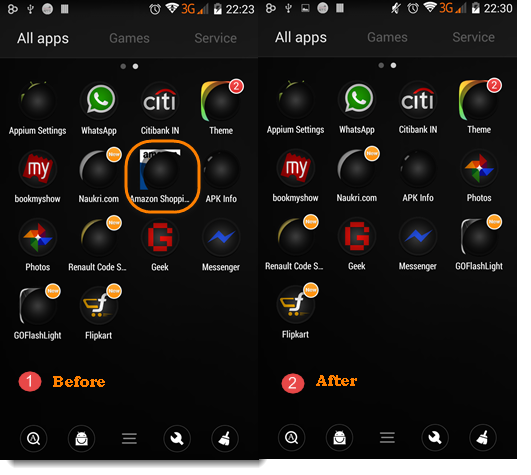 Let’s see  how to do this. First it is required to start a remote shell in the target emulator/device instance and find remote path to copy the file. E.g. To copy the file to sdcard 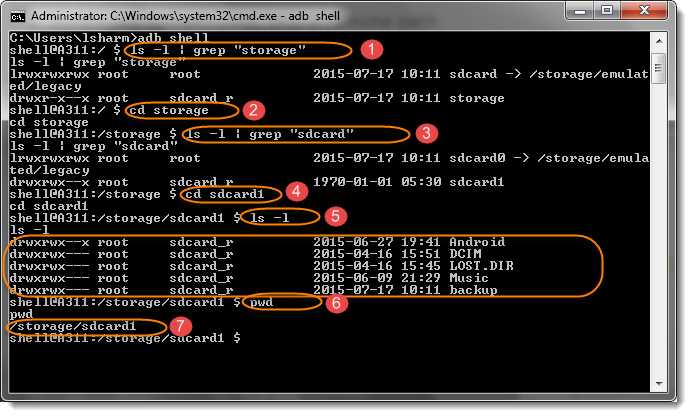 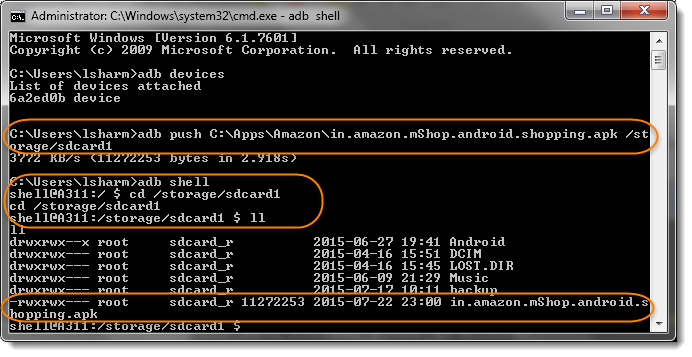 How to pull a file (.txt/.pdf/.jpg/.apk ) from a device/emulator to local machine?

How to redirect adb command to a specific device?

-d, -e, or -s options can be used to specify the target device to which the command should be directed.
Command Syntax: adb -s <deviceName> <command>

Direct an adb command a specific emulator/device instance whose deviceName is passed. 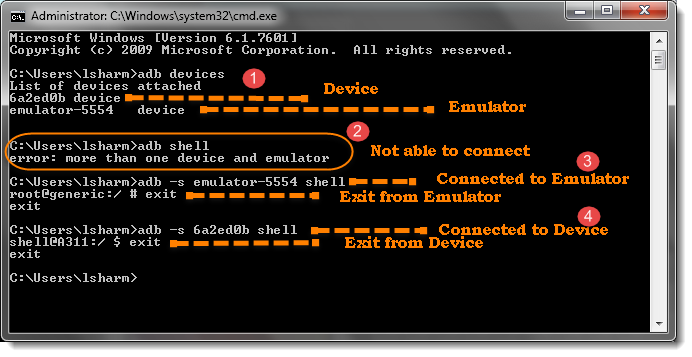 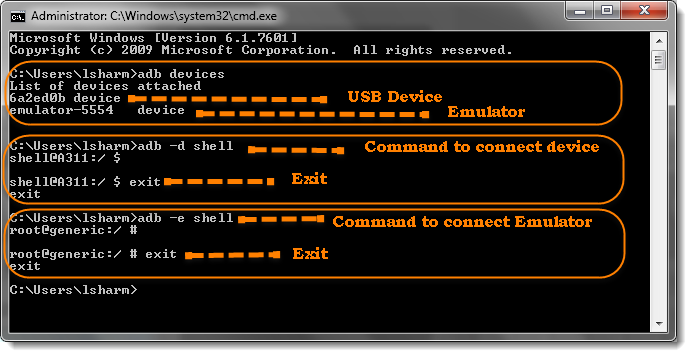 Note: This command returns an error if more than one emulator instance is running.