What are Hooks in Cucumber?

Cucumber supports hooks, which are blocks of code that run before or after each scenario. You can define them anywhere in your project or step definition layers, using the methods @Before and @After. Cucumber Hooks allows us to better manage the code workflow and helps us to reduce the code redundancy. We can say that it is an unseen step, which allows us to perform our scenarios or tests.

In the world of testing, you must have encountered the situations where you need to perform the prerequisite steps before testing any test scenario. This prerequisite can be anything from:

In the same way, there are always after steps as well of the tests like:

How to implement Hooks in Cucumber Test

Let’s do some easy and small examples of Cucumber Hooks just to understand the concept. I will bring the intelligent usage of Hooks in my later tutorial series of Designing Framework with Cucumber.

Note: There is no logic used in the step definitions. Just printing the step summary log.

Often people mistaken and import Junit Annotations, so be careful with this.

No need for explanation, it is self-explanatory 🙂

I just wanted to show you the reaction of Hooks with the multiple scenarios. Let’s just add one more Test Scenario in the feature file and run the feature again. 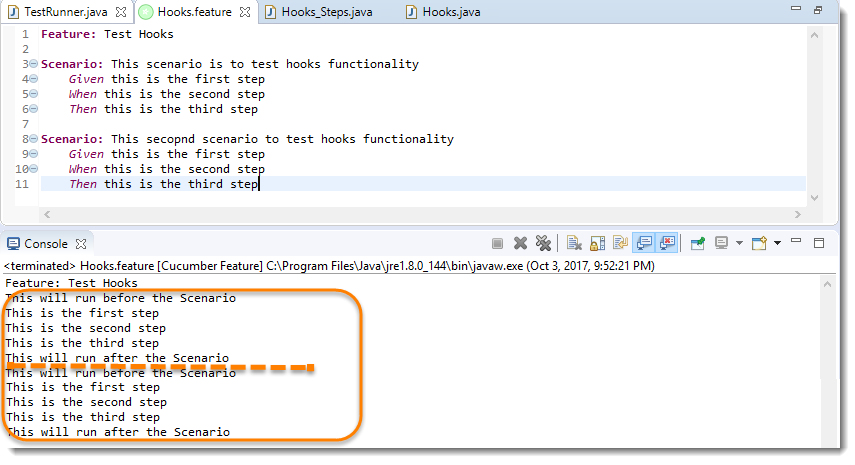 Note: Scenario Hooks execute before and after every scenario. In the above example, executed two times for two scenarios.

Lets take a look when we have Scenario Outline with Examples. 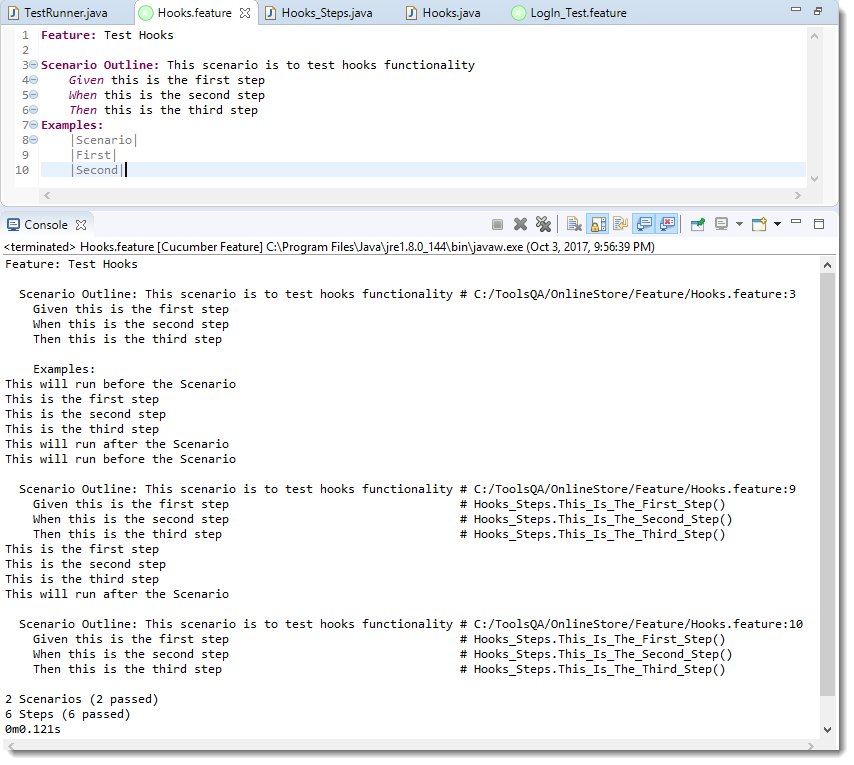 Note: Again, in cucumber, every example is considered as a separate scenario. So the output is the same as the second example above.