You are here:
When performing automation testing, you may sometimes deal with pop-up dialog issue that needs to be handled differently from normal test objects. This tutorial shows you how to deal with pop-up controls.

What is a pop-up?

A pop-up is a graphical display area, usually in a form of a small window that appears (pop-up) in the foreground of the current interface.

What are the issues with pop-up?

Below are a few commonly used pop-ups which might cause problems in your test web automation:

2. Alert: An alert box is often used to make sure that information comes through to the user.

3. Custom modal dialog: A modal dialog is a dialog box/pop-up window that is displayed on top of the current page. 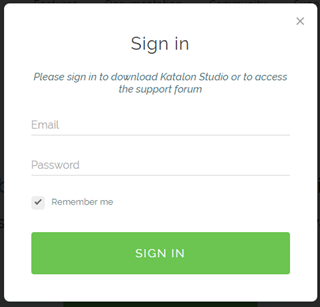 4. Native Window dialog. This dialog is common in case of testing uploading files 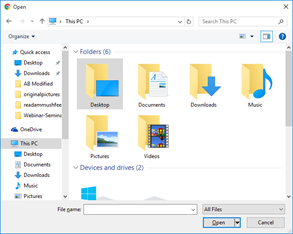 To handle such pop-ups as described, you need to capture them first using the Object Spy feature in Katalon Studio. After that, you use “Switch To…” keywords of Katalon Studio to set focus to the specified pop-up as needed.

The following screenshot shows simple scripts on how to handle a pop-up using the Switch To Window Title (https://goo.gl/vnf7gH) keyword.

If you want to switch back to the default window (parent), use the Switch To Default Content (https://goo.gl/M9SyFB) keyword. For example:

To deal with Windows’ native dialogs such as uploading files, users use the Upload File (https://goo.gl/ybn61v) keyword. For example:

Regarding the browser’s popups as mentioned above, you can modify Desired Capabilities of the browser to prevent them from displaying. You can refer to this ticket for an example on how to disable the Chrome password manager.

Noted that NoSuchWindowException exception will be thrown when window target to be switched doesn’t exist.