Integrate Appium Studio with your IDE to run your Appium tests

You are here:
Appium Studio

The goal of test automation is not to execute tests one by one. What we need to do is to create an execution environment that runs multiple tests on multiple devices in parallel. It is also critical that the environment can use logic to create more complex rules and dependencies between tests.

Appium Studio integrates with your existing testing frameworks and IDE’s such as Junit, TestNG, Eclipse, IntelliJ, Visual Studio, etc. Once you have created your tests using Appium Studio you will be able to export your tests into your IDE, edit them and run them from your testing environment.

Watch the two video tutorials and follow the instructions below to learn how to integrate into your testing environment and perform parallel execution on two locally connected mobile devices in parallel.

The first step will be to create a new project in your preferred IDE. In this case. we are using Eclipse. In Eclipse (IDE) start a new Java project. Next, we have to add the libraries and dependencies to the project. The JAR files available in the clients\appium\java folder to the build path of the project. Ongoing updates are included in the Appium Studio updates, so you do not need to worry about version maintenance and updates. 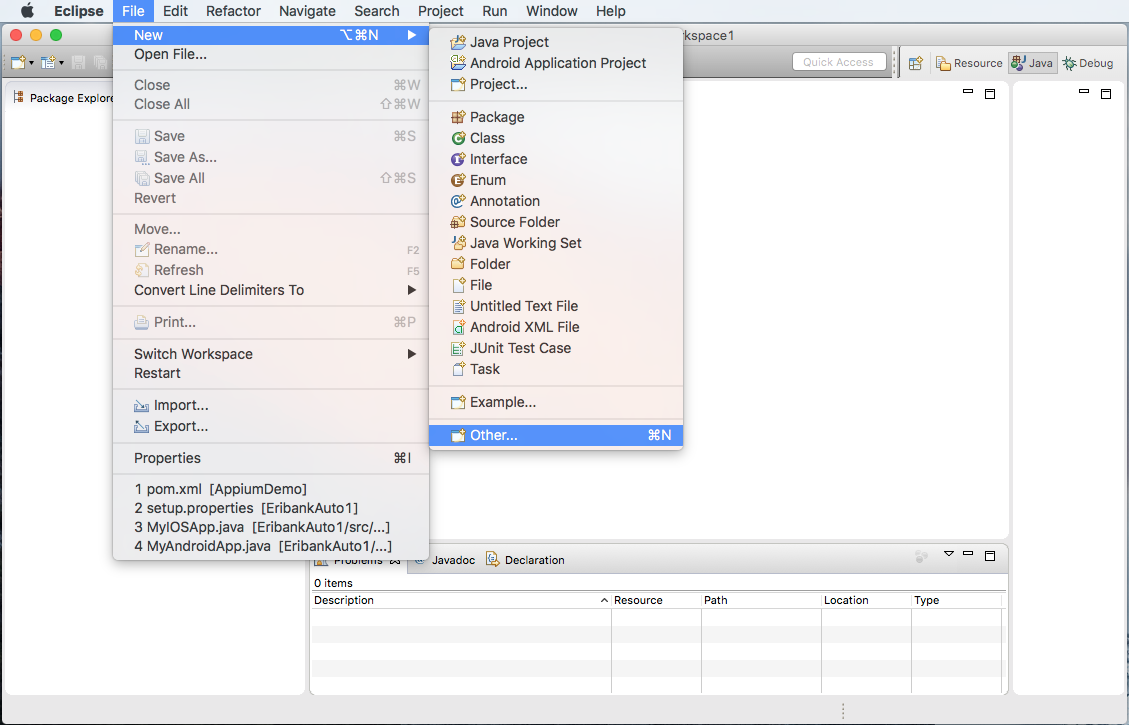 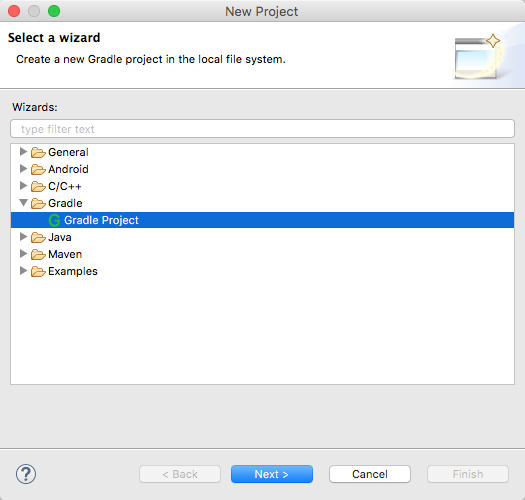 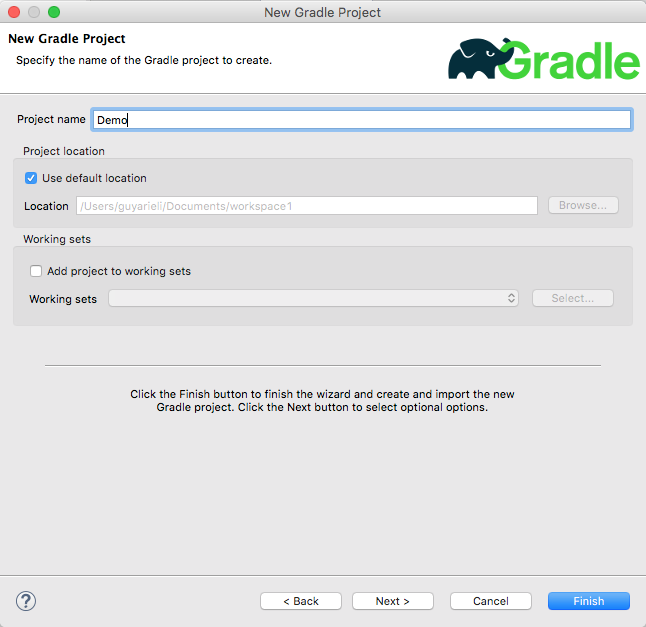 1.4. Open the newly created project, open the build. Gradle file that was created. Replace the generated content with the following:

1.5. Run the clean, cleanEclipse and Eclipse task to prepare your Eclipse environment. 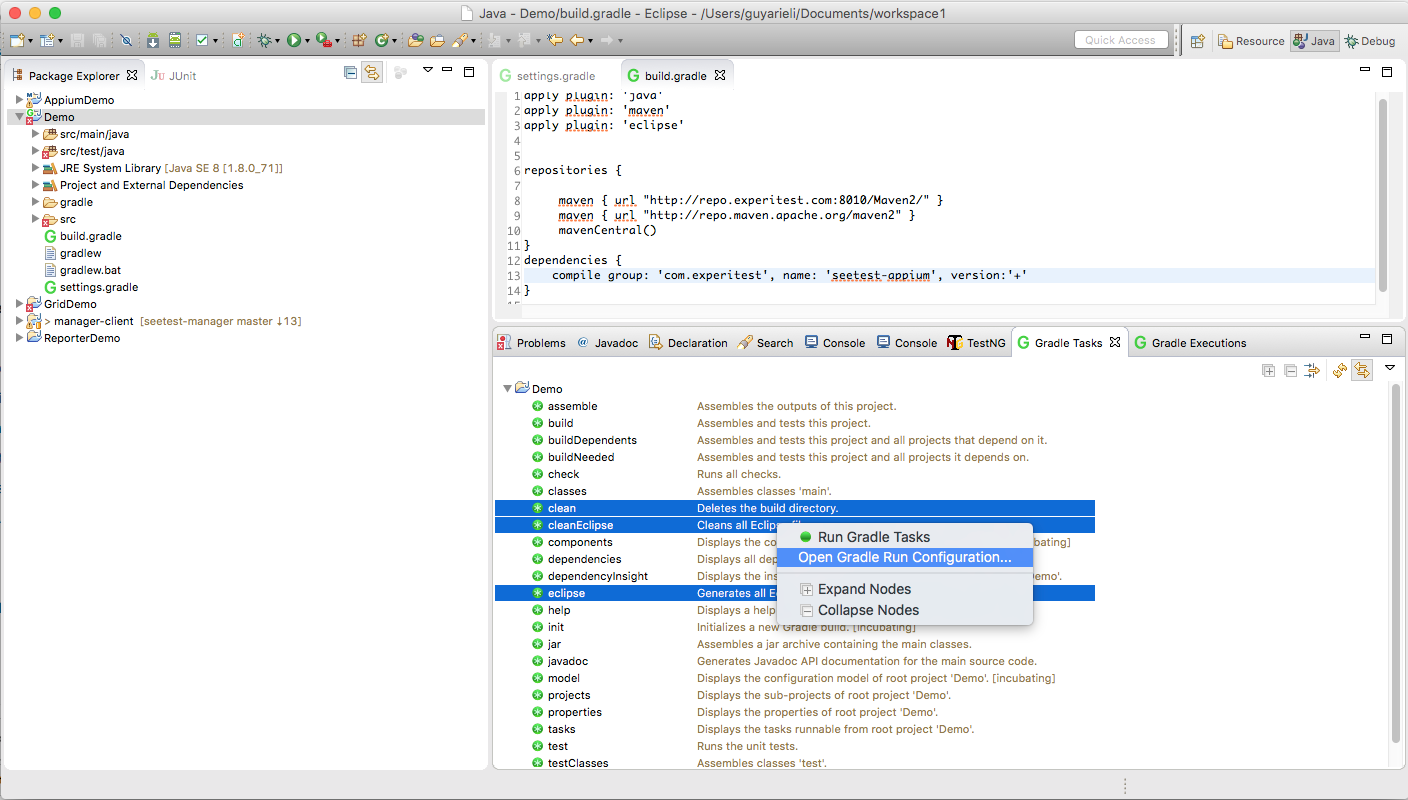 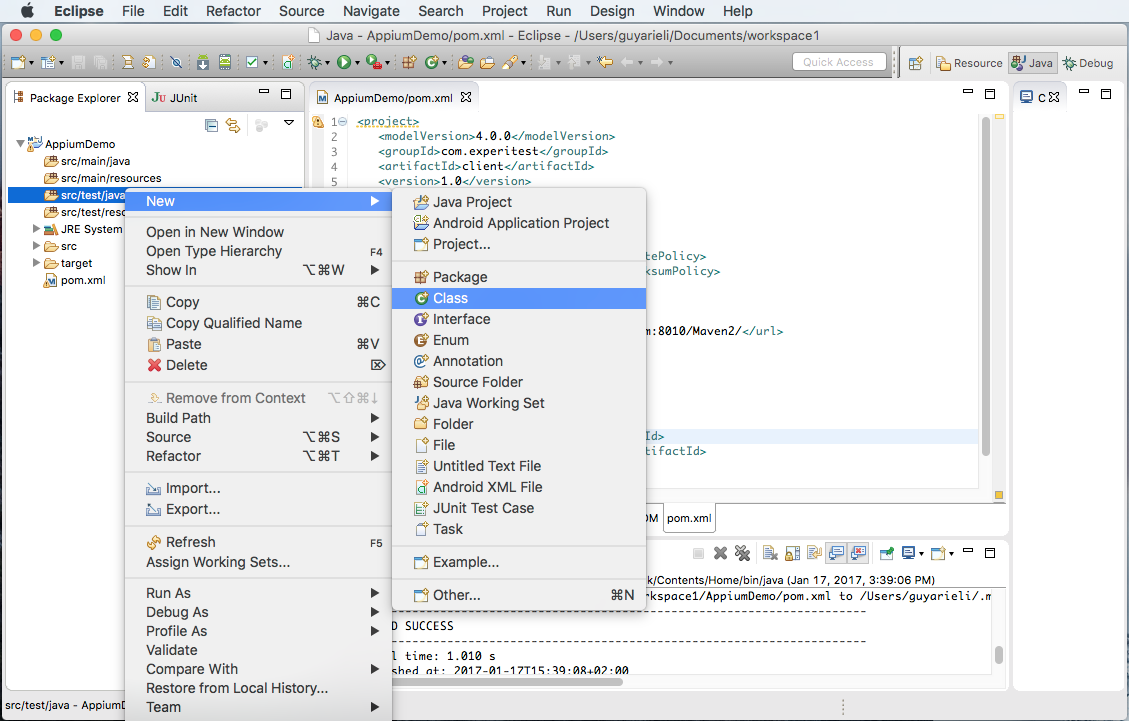 2.2. Provide a name for your test. (You can also provide a package that your test will be placed in). Click ‘Finish’. 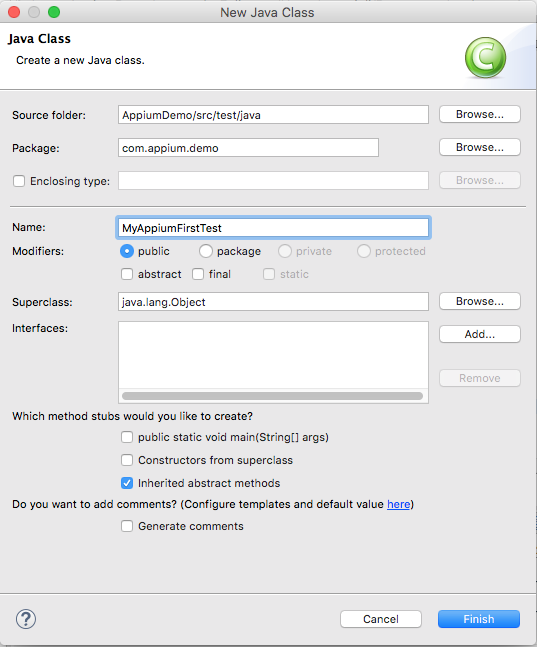 3. Export your Appium test into Eclipse or any other IDE

Once the project is ready, we go back to Appium Studio.

In the code area, you will see a drop-down menu where you can select the programming language. The default is Java, but you can also generate code for C#, Ruby, and Python.

After selecting the programing language, copy the code by clicking on the clipboard icon. You have copied a full test project written in Java, ready to paste in your IDE.

4. Edit your Appium tests according to your testing requirements

Every test is comprised of three parts – Before, test, and after.

The specific annotations differ slightly between test framework but the structure is the same.

As the names suggest, the before section deals with environment setup – for example, where reports will be saved, what devices to execute on and reference to dependencies such as libraries and drivers.

The before section deals with environment setup – for example, where reports will be saved, what devices to execute on and initializing a web driver object, on which all of our test commands will be executed.

4.2 Test
The Test section contains the test itself.
The Appium commands are executed using the Webdriver which we created in the test setup and defined in the before section.

4.3 After
The After section contains instructions on what to do after the test section was completed. This is not related to the outcome of the test, but to the completion of the process defined in the test section.

Basically, the after section generates the test report and saves it to the place defined in the before section, and releases the drivers.

We will see the details of how we use TestNG and IntelliJ to create parallel execution automation in the following demo.

By now you are familiar with the Appium Studio screen and this test. This is an extension of the test we created earlier using XPath. I added a few commands, performing money transfer and validating the balance has changed after the transfer. I also opened another device for the parallel execution demonstration.

What we need to do is export the code to use in our IDE.

In the code area, I select the programing language – in this case, Java, and click on the clipboard. 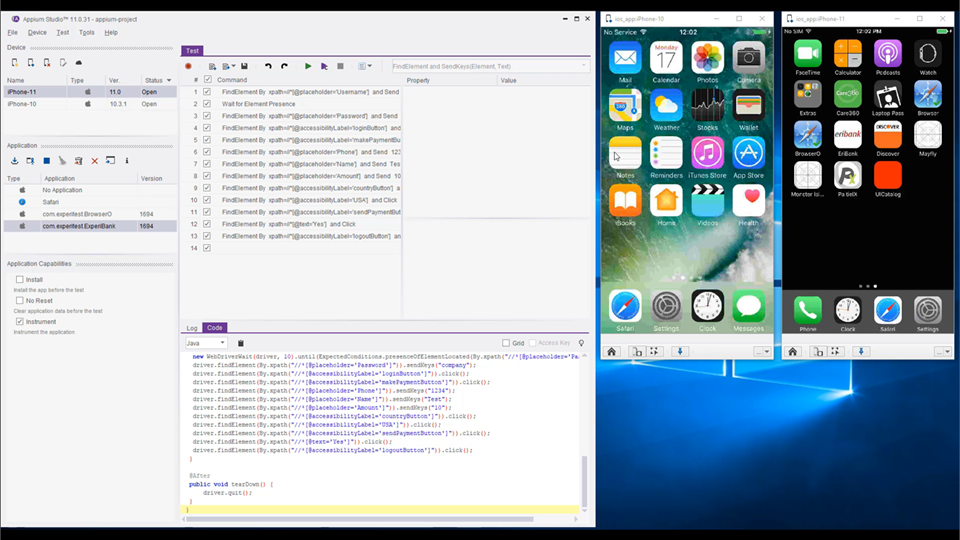 Open a new test class and name it. 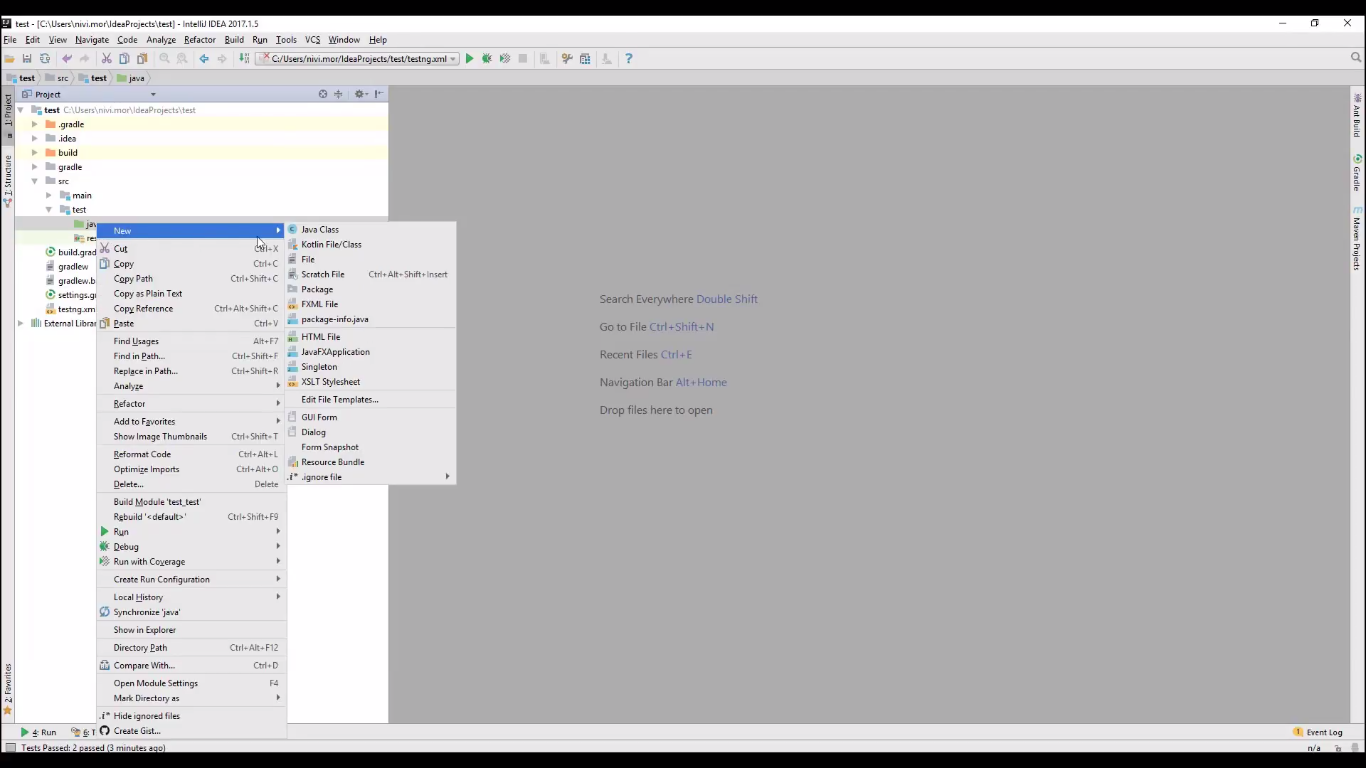 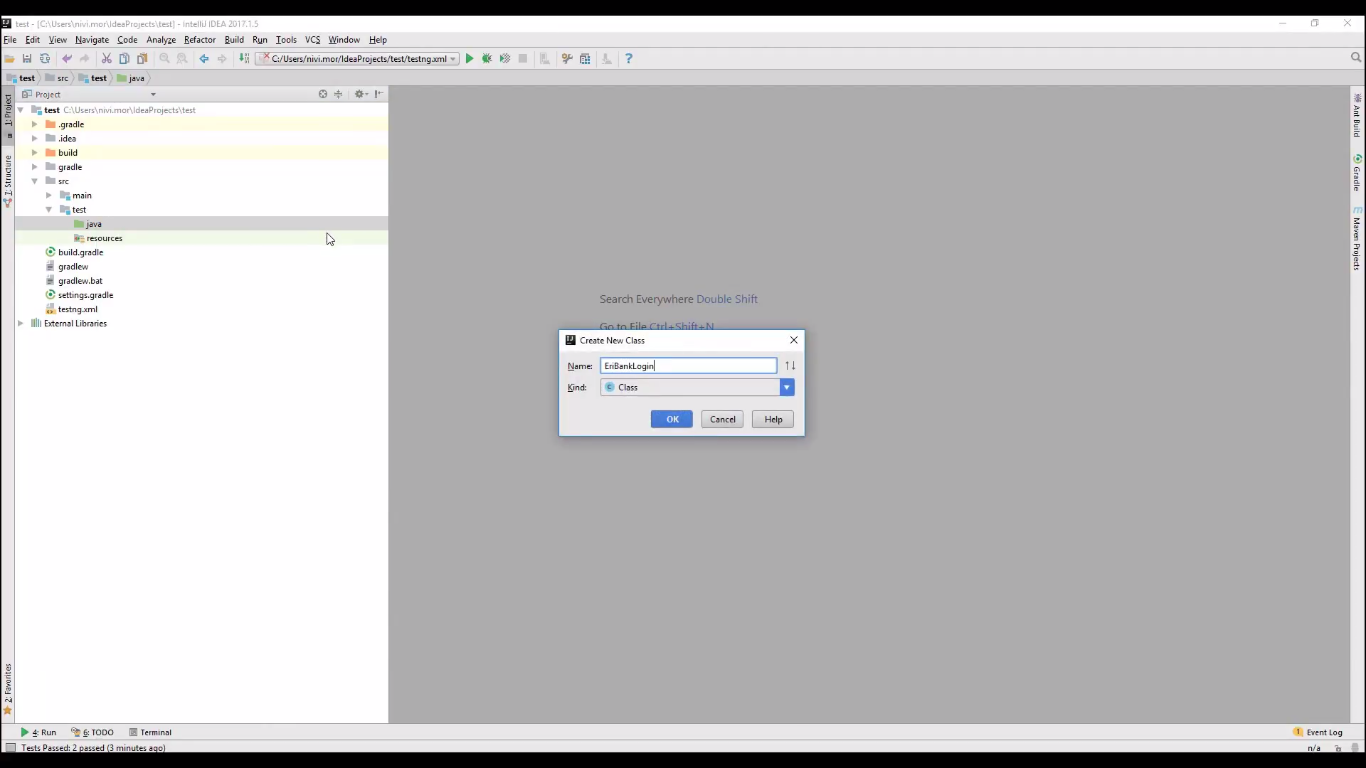 Edit the name of the test class we just created.

The Before, test and after annotations in TestNG are slightly different, so I update these as well. As you see, the IDE suggests the appropriate annotation.

Change the TYPE from UDID to platform, and the value to iOS so that you can run the test on iOS devices in parallel. 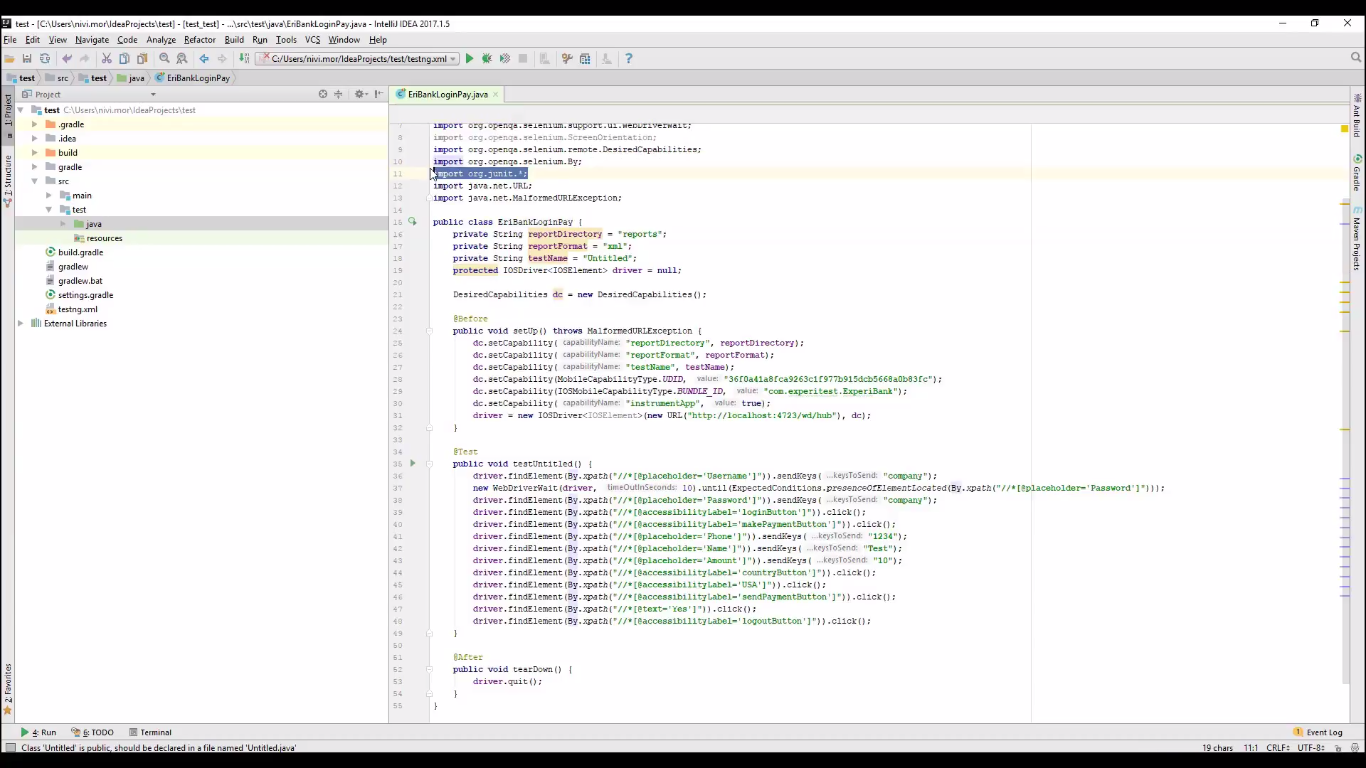 Define the parallel execution in the XML file

Finally, I chose to run the tests in parallel, and the number of threads, and we are done. 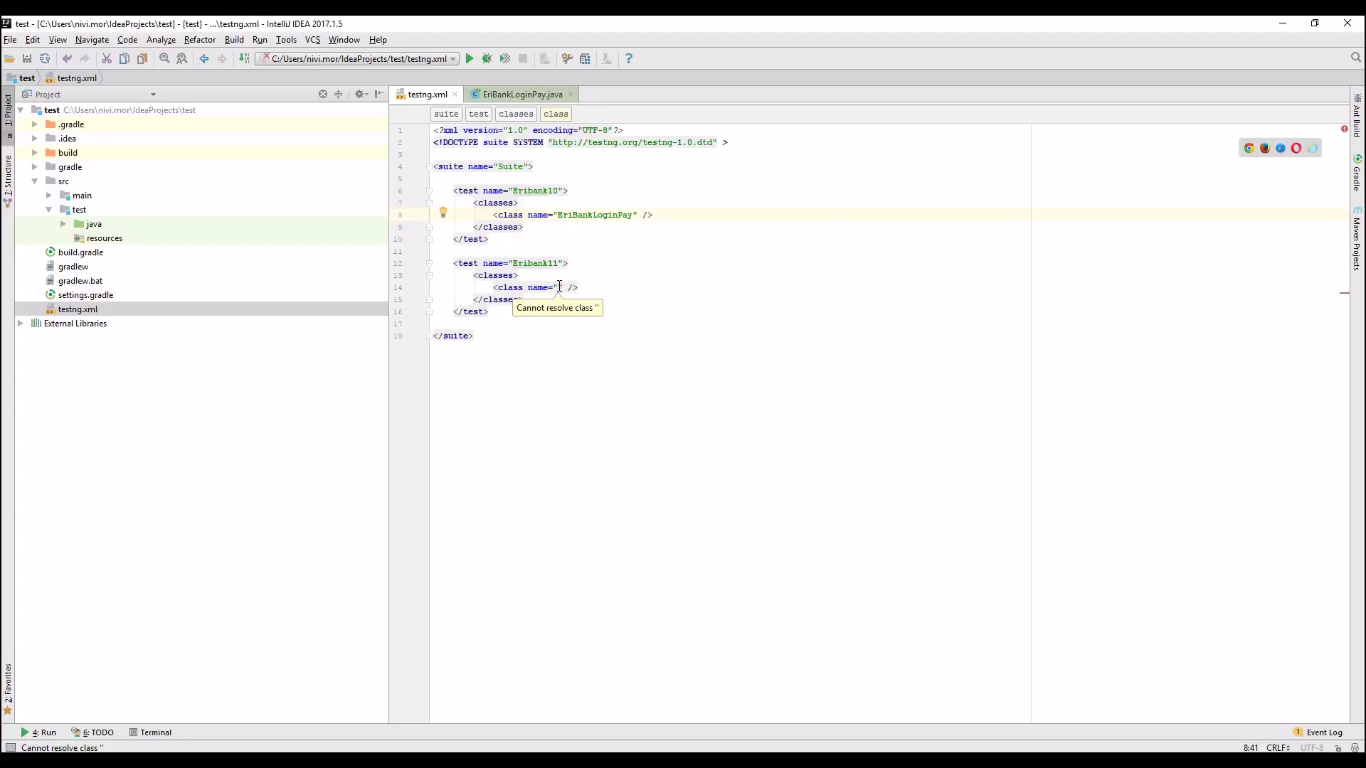 Let’s run the project and go to Appium Studio to see the tests being executed on the device reflection.

Appium Studio needs to be open during the execution. We see that the application is being installed in instrumented mode on both devices, the login process, the money transfer and log out. Once the execution has finished we see the suite results along with the test results in the IDE.