With SQL Server 2016, built-in functions can parse JSON text to read or modify JSON values, transform JSON array of objects into table format, any Transact -SQL query can be run over the converted JSON objects, results of Transact-SQL queries can be formatted into JSON format.

Fetch specific value from JSON data with the help of “json_value”

Get array values from JSON data with help of “OPENJSON”

Get JSON output from SQL query with help of “FOR JSON”

Save JSON data in table

You can user standard NVARCHAR column to save JSON data in text format.

Check valid JSON data in column with help of “ISJSON”

It is a table-valued function that parses JSON text and returns objects and properties from the JSON input as rows and columns. In other words, OPENJSON provides a row set view over a JSON document.

You can also create Index on JSON data column, as we create

If you talk about security this one the best feature. Now, you are thinking what it means. So, It means that the data in the SQL SERVER reside always in encrypted format and SQL server can perform the operation on the encrypted data without decrypting it. The encryption key can be exist in some other system. With this, feature you can secure you ensure that your data is secure from the person like DBA / Developer as well. These guys also can’t see the actual data.

Encrypted is a way to send encrypted data over the pipeline and decrypt it only by users with access to valid certificates. So, even if the attacker gets the data, without a proper certificate stored on the client machine, the data would be useless.

How to use Always Encrypted:

The column master key is a certificate that is stored within a Windows certificate store.

The application that is encrypting the data uses the column master key to protect various column encryption keys that handle the encryption of data within the columns of a database table. Using certificate stores from SQL Server, which are sometimes referred to as Enterprise Key Manager, requires the use of SQL Server Enterprise Edition.

In Object Explorer, navigate first to the database, then to Security, and then expand the Always Encrypted Keys folder to display its two subfolders, as shown in the following figures: 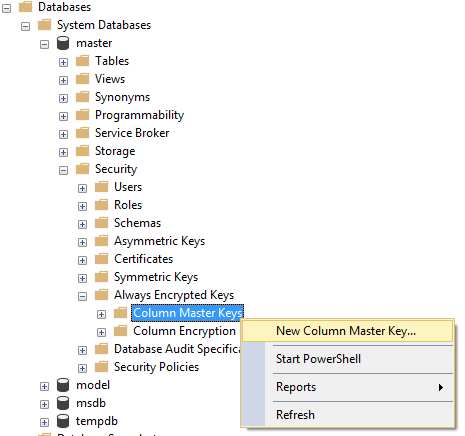 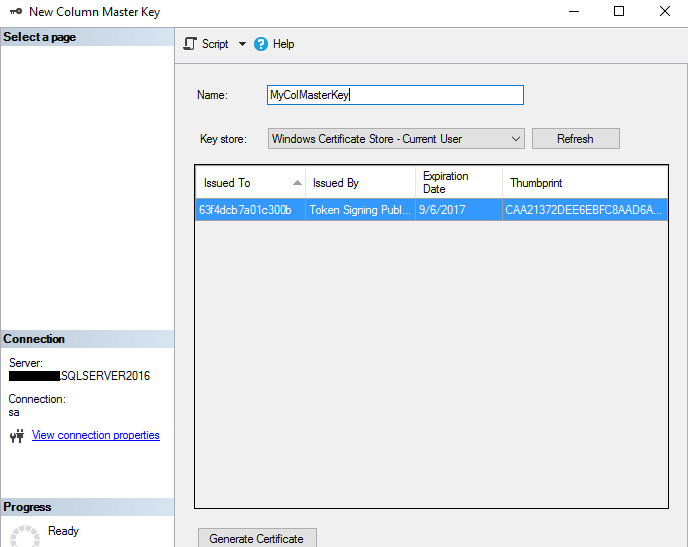 Above step creates a self-signed certificate and loads it into the certificate store of the current user account running SSMS. 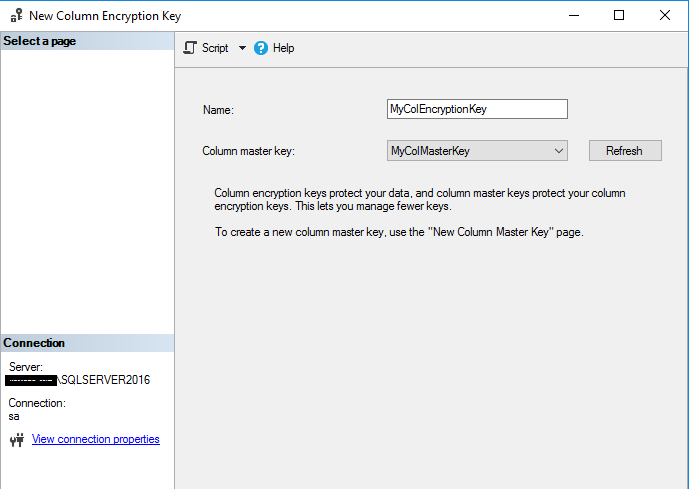 Under #New Column Encryption Key Dialog , you will get already created Master Key like below