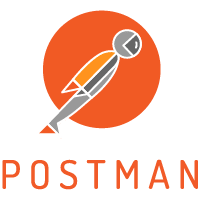 Postman is a great tool when trying to dissect RESTful APIs made by others or test ones you have made yourself. It offers a sleek user interface with which to make HTML requests, without the hassle of writing a bunch of code just to test an API’s functionality.

Let’s say I wanted to make a GET request against a fan-made API for the video game Hearthstone to search for cards with “Archer” in their name. If I wanted to test a GET request against this route without using Postman—instead actually writing out code in something like Flask—I would have to write out a whole new route and function to perform the request, then I would have to specify with more code what I want the response to look like, and finally, I would have to print out the response to the console or provide some other way of actually viewing the response. Granted, I would probably need to write all this out any way to make a functioning app using this API, but doing all this to simply test an API’s functionality is unnecessarily tedious and time-consuming when something like Postman exists.

With Postman, such a test is much more streamlined. All I have to do is plug the route into the address bar, select the GET response method on the dropdown box to its left, punch in my API key in the “Headers” section, specify that I want the response in “pretty” JSON format, and hit send. Then, I get the response data in easy-to-read JSON with a status code of 200, confirming the GET request was successful. It’s that simple!