In the last tutorial, we learnt about how we can save collections and send POST requests. The requests that we used in the previous tutorial had just a single request. In the real world, when we work we get a huge amount of different requests and responses. Using Postman tests helps in building up efficient requests and collections. For example, if we work as a centralized library for many other libraries at different locations, we need to keep track of every book everywhere. We need to have a list of every book in our system then how do we know if we have a particular book or not and at which library it is available?

When we work in collections, we run many requests together, these can be as large as around 200 requests running simultaneously. How do we manage to see that every request run successfully? Or which one did not give a response? These all things we will learn in this tutorial. In this tutorial, we will focus on the two most important things in postman

A TEST in Postman is similar to the definition of the test in general. In Postman, we test our request for whatever we need to know about the request. For example, if I need to know whether my request gave a status code of 201 or not. This can be managed in Postman. Also, there is no bound on running the test in Postman on one request. One request can be passed through multiple tests and all of them can be seen simultaneously.

There is one thing to remember though. A test does not run always. A test in Postman runs only when the request was successful. If there has been no response to the fact that your request was not correct, we cannot run tests through it. Also, you need to know that tests are written in Javascript in Postman. Although you don’t need to be an expert but you should be slightly familiar with Javascript so that it helps. In this tutorial, we will try to explain everything so that you don’t feel the need to know the Javascript and can write tests yourselves.

TEST in postman can be written in two ways namely

So now, we are good to perform our first test.

How to set a Test in Postman with JavaScript Method?

1. Use the API for creating the entry in customer register that we used in the POST Request tutorial (with body parameters), don’t worry about the entry being created or not.

3. Write the following Javascript code as written in below

Now we will go through the above line to know the meaning.

In the response box under the tests tab, those tests that have TRUE value shows PASS with the array name written or else FAIL is shown.

4. Click on send and look at the test results tab in the response box.

The result says that our test passed. This means that we were checking if we get 200 as status code and in this request, we got it.

5. Save the request in MyFirstCollection inside Myfolder 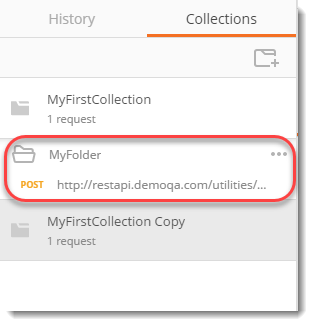 By this, you have executed your first Request with Test successfully.

How to set Multiple Tests for a Request in Postman with JavaScript Method?

As we learnt earlier, we can use multiple tests on a single request and all those tests are displayed in the response box simultaneously. We will perform multiple tests on the same request that we used above. Write the following code inside the text editor.

Now look at the response box in Postman, we have three tests written, out of which one failed which is the second one.  Because our response body does not contain ToolsQA. This way we can perform many test in Postman simultaneously on one request. Remember to save the request.

How to set Test in Postman using Functional Method?

In the above image, the work is the same as we did in JavaScript Test. We are checking whether the status is 200 or not. We will look at the code above written test.

Since there are many times that a test is used on different requests and there are many requests present in one collection there arise a need to write some predefined test code which is used again and again or most frequently. In Postman, this section is called snippets. Snippets are the predefined test code in Postman that are written beforehand to use without writing the whole code. Snippets save a lot of time and prevent errors that can happen while writing the code manually.

Snippets are located just beside the test editor. 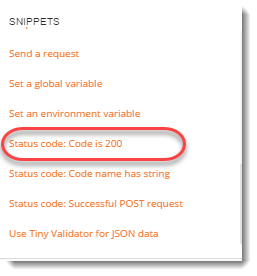 Now, look at the editor

This code is exactly the same as that we have written in a functional method to test the status code.

You can explore different snippets to better understand test codes of different assertions.

NOTE: In weather API we have used the snippet named Response Time is less than 200ms which is self-descriptive.

How to run Collection Runner in Postman?

Now we will look at How to run multiple requests together in Postman using Collection Runner.

Note: I hope you have saved the requests in your collection which is shown above.

In the console you see two options: 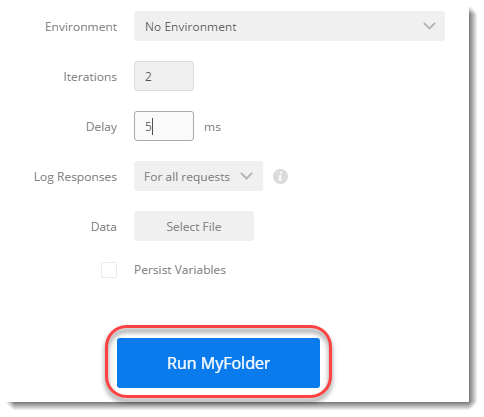 4. As you can see, all the tests with their results are available.

Go on to perform multiple tests on weather API and then try to run them in collection runner. 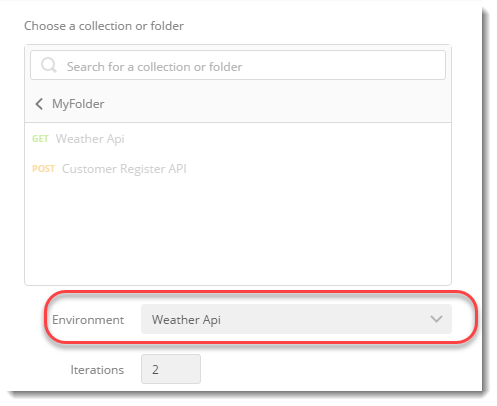 This way you can run all the requests saved in Postman in one collection or one folder. In the next chapter, we will learn about the environment and variables in Postman.