The whole process involved in the testing phase of the Software development is Software Testing Life Cycle – STLC. 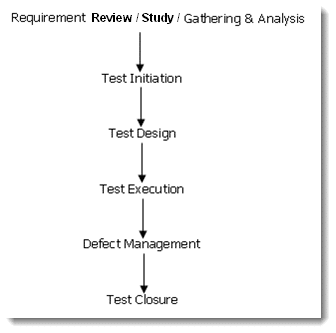 After the estimation is done for Test Case preparation & Execution, Test Manager should identify all the tasks which need to be executed throughout the project on a daily basis for all the available resources in the team. Task details, task owners and start & end dates all together we call as Master Testing Schedule. TM will use the Project Plan as a base document to prepare the Master Testing Schedule document. After the MTS document is prepared and sent to the customer for approval, test manager will start preparing the Master Test Plan.

The Purpose of this Master Test Plan is to gather all the necessary information to plan and control the test efforts related to the project. The following areas will be taken care during the master test plan preparation:

The Master Test Plan will be approved after multiple review & rework are done by the offshore test manager and the necessary approver.

After the Master Test Plan is approved, the testing team will be moving to the next phase. ‘Test design’. During this phase, all the three listed documents will be prepared,

Test Lead would identify the Test Scenarios based on the requirement document and it can be shared to Test Manager for review and approval. After the test scenario document is approved by the test manager, the Test Lead will be mentoring the testers to write/design the test cases for the identified test scenarios with the help of Test Scenario & requirement specification documents. Test Cases will be prepared, reviewed & approved after multiple reviews done by all the stakeholders. Before start the test execution, test data should be identified for all the prepared test cases. The testing team may get the live data from the production database from the customer in case of any. Else the testing team has to prepare the whole set of test data for test execution.

This is the high-level document that is used to prepare the Test Cases. The major areas of the target test items will be captured here.

To verify the possible combination of values for the attributes in functionality is called Test Case. The test case document may contain the below details:

Test Data will be used to validate the entire application and this can be a live data from production or the one which will be prepared by the testing team. This data can be a combination of positive & negative. 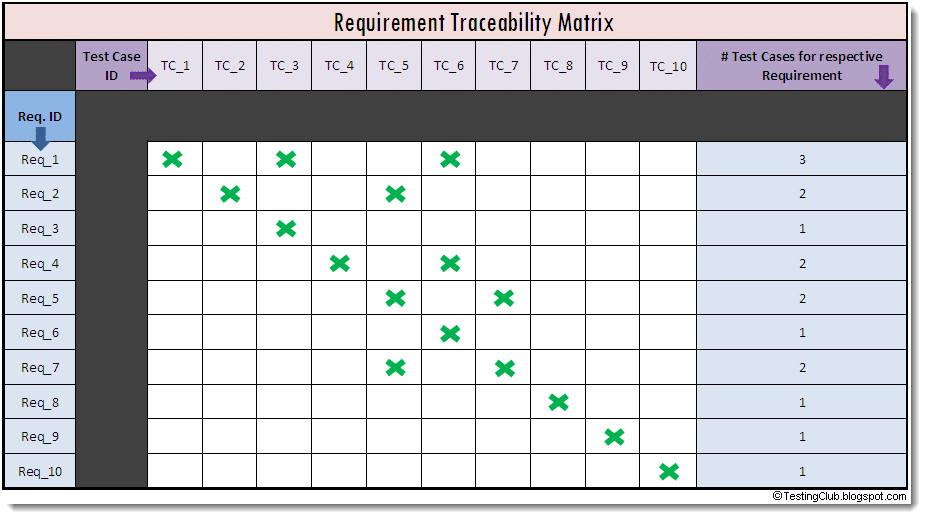 Before starting the system test case execution, the testing team will identify the Build Verification test cases from the whole set of System test cases. BVT/Smoke testing is the execution of test cases that test high-level features of the application to ensure that the essential features work. These tests are performed anytime a build is released from the development team to the testing team. Failure of any of these test cases will be grounds to discontinue any further testing and to reject the build.

Test Log/Test Execution Log is the high-level document of Test Results. In the Test Results documents, we should have the Test Results for each and every test case. But in the Test Log, we need to map the number of test cases with the major requirements and we will have to make the Results for all the requirements. In case of a huge project which has more number of test cases, it will be difficult for the customer to go through all the test cases one by one to know the test result. In this case, if the testing team can showcase the test results in terms of requirements, it will be easy for the customer to understand and decide the coverage.

Based on the test results, the testing team will identify the defects and those defects will be reported to the development team through the defect tracking tool like Ms-Excel and some vendor tools (Bugzilla, Quality Center, Request Management, Rational Clear Quest…etc.,)

I am briefing the general Defect Workflow here (irrespective of defect tracking tools),

Note: – Once the test engineer found a defect the tester can raise the defect as a New defect to the Test Manager / Test Lead for validation.

Step 2: Test Manager should validate the defect before assign the defect to Dev Team Lead

Note: – If the Test Manager feels the raised defect is Invalid he/she will Reject the defect to testing team member straight away, who reported the defect.

Note: – After validating the defect, if the Test Manager feels that the defect is valid he/she will Open the defect to the Development Team Lead.

Note: – After receiving the defect from the development team lead, the Test Manager / Test Lead will Re-Assign the defect to testing team members for Re-testing with the same status “Ready to Verify”

Step 8: Test Analyst / Test Engineer will be performing the Retesting on the fixed defects.

Note: – Testing team members will be Re-Assigning the defect to the Test Manager with the status “Fixed” after Re-testing.

Note: – Testing team members will be Re-Assigning the defect to the Test Manager with the status “Re-Opened” after Re-testing and found the defect is not fixed properly.

Priority decides which defect should be fixed first. Defect priority is always classified by the development team. In general we can classify the defect priority as follows:

Possible solutions can be given by the development team for the reported defects as follows:

The Test Evaluation Summary intends to gather, organize and present the test results and key measures of test to enable objective quality evaluation and assessment. It describes the results of the tests in terms of test coverage, analysis, severity and concentration of defects.

I am Sayooj V R and I am a software test engineer. I have a total experience of 1.5 years. I worked in 2 projects as a manual tester and automation tester as well. Please connect me on LinkedIN.